﻿Jungang Music Academy, a 4-story building located on the corner of the three-way intersection, is the place where teaches music to teenagers. It is the place where teenagers learn music and build upright characters. There are a café and a small recording studio on the first floor, and on the second and the third floor are divided into small studios of about 6㎡. The fourth floor is used as a small house of the principal of the academy. The cafe is the space for teenagers where they are allowed to enter. The concert is regularly opened and sometimes independent musicians are invited to perform. The mixture of the music from the cafe on the first floor, and the clumsy music that are leaking out from the studios of the second and the third floor, makes the whole building into a musical instrument. Sound from student who grabbed the musical instrument for the first time, and skillful sound of professional teachers are blended together through the medium of music. Because of the principal of this academy's philosophy that there should be no shame in attitude toward music, soundproof is rather avoided between studios. Instead, the release of the sound to outside is minimized. From white mass which is standing on the stylobate of iron plate that penetrates the building, only necessary windows are visible. Despite limited openings to outside, huge windows are placed in piano and the drum studio at one side respectively. This is intended to reveal as a symbolic place to learn music without looking at the sign of music academy. 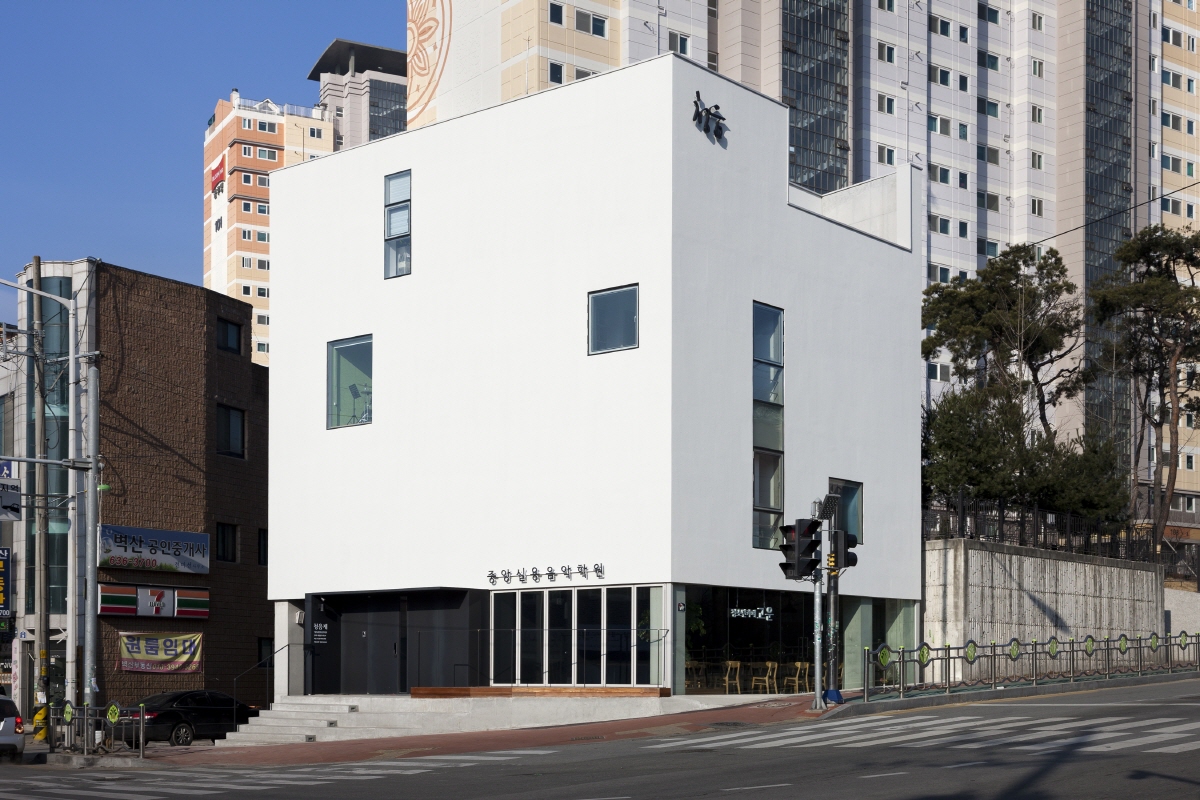